Ramallah, November 4th 2019 – The Consul General of Italy in Jerusalem Fabio Sokolowicz and the AICS local Office Director Cristina Natoli met last afternoon the new-Minister of Women’s affairs Amal Hamad for un update related to the different development projects on-going and the most relevant issues about gender equality in Palestine. 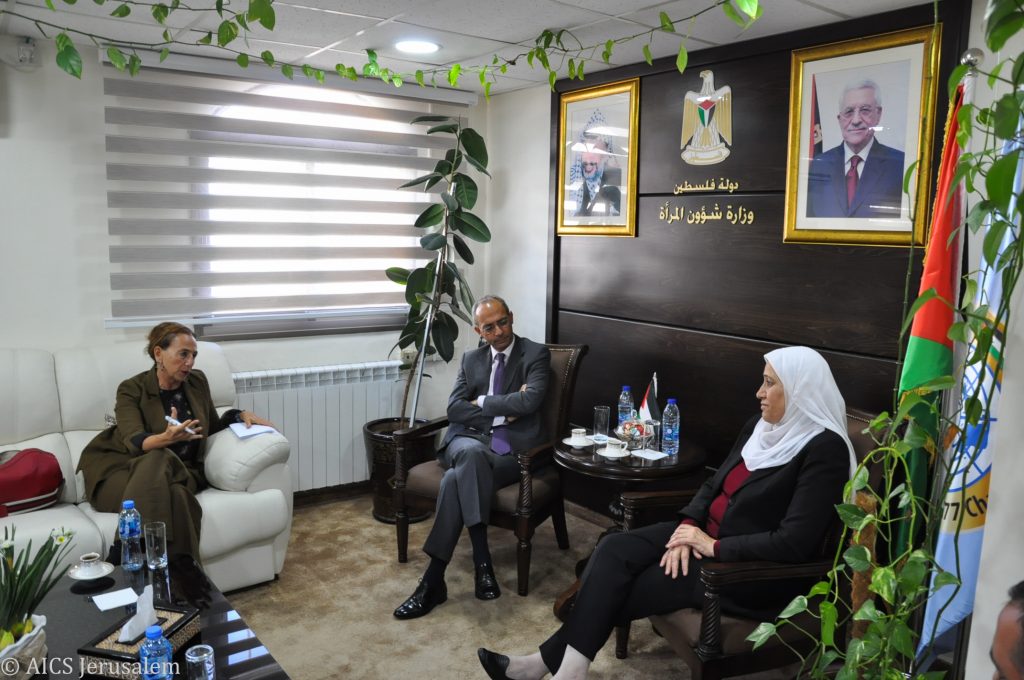 In particular, while thanking the Italian contribution and its important achievements, the Minister highlighted the intention to inaugurate three new Tawasol Centers in Gaza, to protect and develop Palestinian women, in addition to the 11 Tawasols already working in each West Bank Governorates and established thank to Italian projects, and she also remarked the Media Network contribution to the gender mainstreaming in Palestine among media operators and journalists, due to a specific activity in the framework of the Italian project WELOD III.

The Italian Cooperation supports women condition in Palestine and gender-based violence victims. From November 25 to December 10, AICS Jerusalem will join the 16 days campaign against GBV with 3 workshops for students in partnership with UNFPA Palestine and the organization of the campaign’s final event in partnership with Unesco Ramallah Office and Un Women, at Al-Najah University in Nablus. 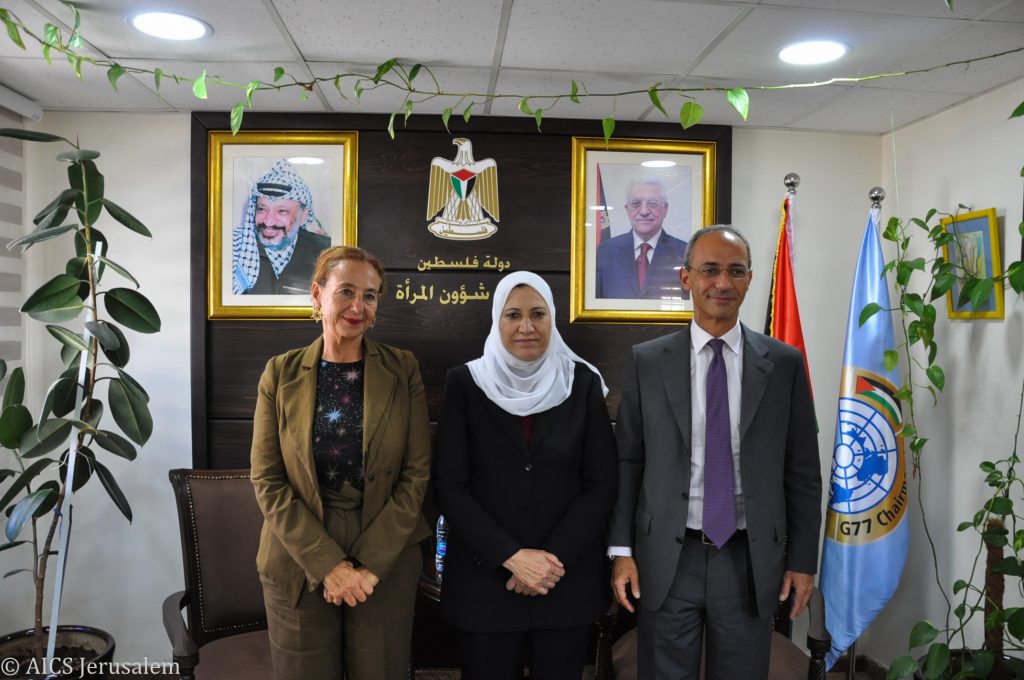 A new project for gender mainstreaming is currently in draft process with MoWA, as AICS Director Cristina Natoli reminded to the Minister, supporting the Ministry’s strategy and the coordination work they are implementing with an active network of civil society organizations and Palestinian ministries.