Ramallah, November 14th 2019 – The Italia Agency for Development Cooperation in Jerusalem keeps supporting Palestinian institutions combating gender-based violence. In the framework of the projects WELOD III and SI-GEWE, a new survey on violence in Palestine has been produced, 8 years after the second and last edition. The Palestinian Central Bureau of Statistics (PCBS) delivered the study to a large audience, among which were the General Consul of Italy in Jerusalem H. E. Fabio Sokolowicz, the Minister of Women’s Affairs H. E. Amal Hamad, PCBS President Ms. Ola Awad and the Director of AICS Jerusalem Ms. Cristina Natoli. 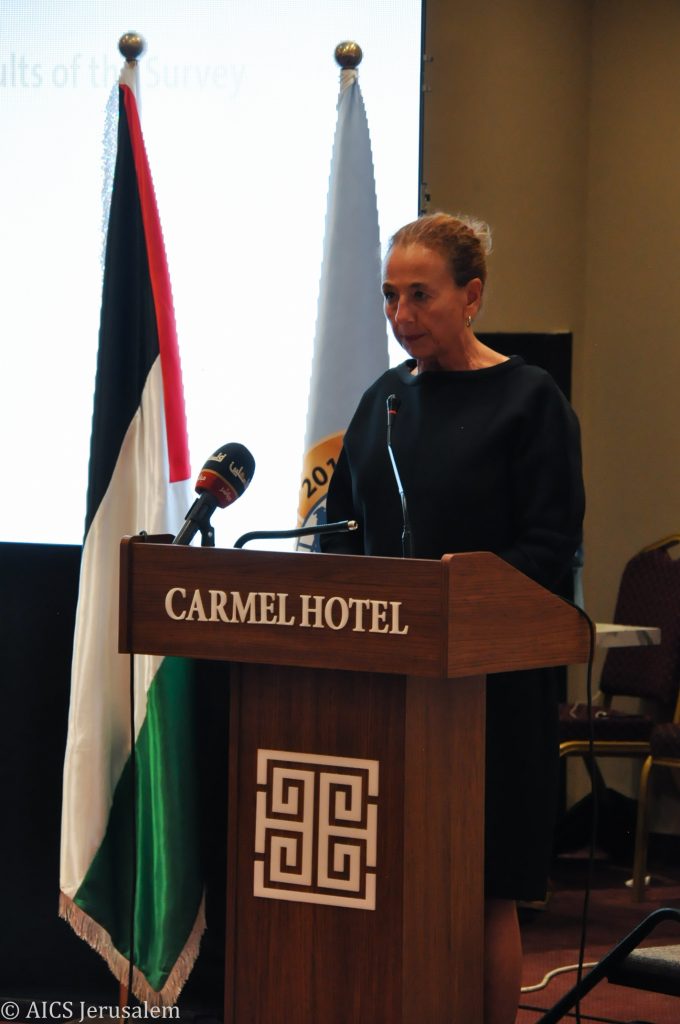 Filling relevant gaps from the previous version, this study analyzes different kinds of violence affecting Palestinian society, in particular due to the consequences of the prolonged Israeli occupation on the Palestinian Territories and the gender-based violence, that the survey explores on different aspects (psychological, domestic, etc…). Data analysis will allow to understand how and why there is a decrease of GBV from 2011 to 2019, in West Bank and Gaza, from the 51% to 30% and from 35% to 22%. This positive result deserves an additional examination, in order to explore how the international support to Palestinian institutions through the establishment of several protection shelters and rehabilitation paths helped this achievement.

The way to eradicate domestic violence is still long, to change the private dimension of it and to make as much reliable as possible the Palestinian institutional support to GBV victims, allowing women to denounce the violence and call helpline numbers. The awareness about existing support services needs to be enhanced, considering that only a few 28% in Gaza and 49% in the West Bank of women declared that they are aware about protection centers and psychological support.

Another interesting data is related to cyber-violence, which is dangerously growing in parallel with the dissemination of new devices and the popularity of social media, especially in the Arab world. The survey affirms that 10% of the youth (18-29 years old) who have ever been married experienced a type of cyber-violence by others on social media networks. 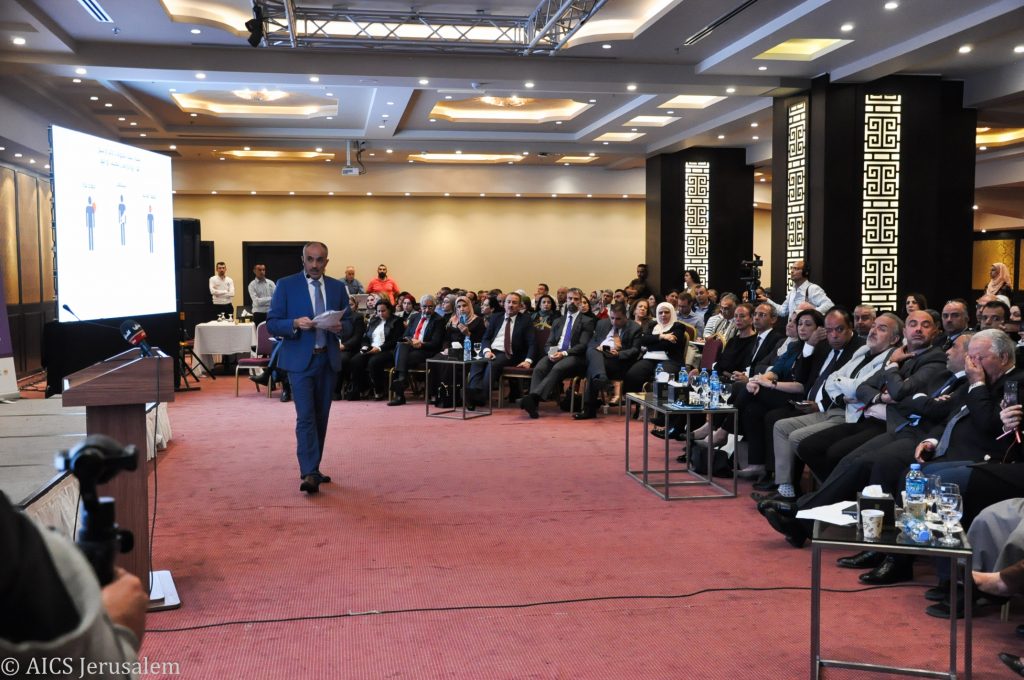 AICS Jerusalem is deeply committed combating GBV violence in Palestine thanks to a development programme structured in bilateral and multilateral projects in partnership with Palestinian ministries and UN agencies. Next Monday 25th AICS Jerusalem will be one of the main partner and supporter of the 16 days campaign against gender-based violence in Palestine, under the slogan TOGETHER AGAINST VIOLENCE.