Before her husband was arrested, Doaa Eshtayeh had never thought of investing time in her creativity, nor of transform her passion into a profitable activity. Until then, she had remained within the walls of her house to look after her two children, one of them suffering of a severe form of autism. Necessity is the mother of invention and when she found herself alone, at 29 bearing the weight of her whole family on her shoulders, as happens to many Palestinian women, she took control and found her own way to enter the labor force and improve her life. To reconcile employment and the family duties, Doaa has chosen an independent activity that allows her to match both personal fulfillment with access to income. Rummaging through passions and dreams she had left in the drawer, Doaa chose to take her first steps in the world of photography. With commitment and perseverance, she managed to find a way out of loneliness and economic difficulties caused by the “administrative detention” of her husband, a form of detention used by the Israeli authorities to detain a suspect for an undefined amount of time without trial or charge. 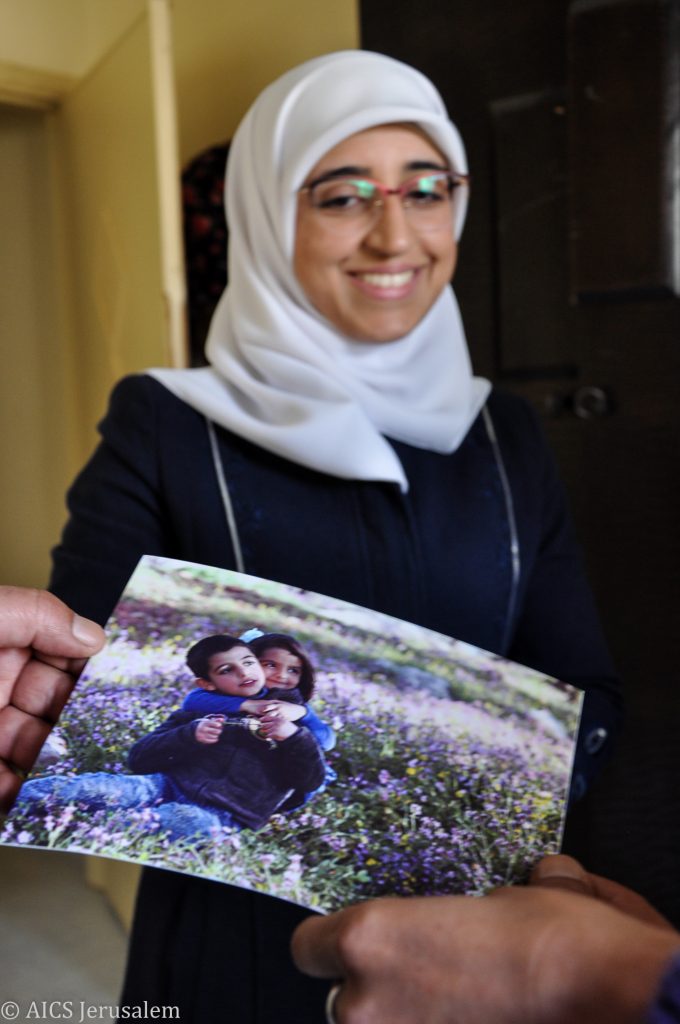 Doaa is the first Palestinian businesswoman we meet on our journey. She receives us at her home in Nablus, a city set like a gem in the northern hills of the West Bank, which we reach by passing through centuries-old olive trees and old soap factories. As the many houses in this area that show old wounds, so Doaa’s tired face hides torment and a veiled sadness. Even the temperature surprises us. Compared to the comfortable warmth outside, it is very damp and cold  inside.

“My son is the most important challenge of my life” she exclaims, welcoming us with a sweet smile, as she tries to put on her child’s slippers, who instead escapes and runs through the rooms as in a playground.

The disability of her firstborn is her greatest worry, but it has also been the most powerful engine. Thanks to the Italian funded project and by attending the training courses available, she managed to channel her energy towards an activity that provides her with income and at the same time she enjoys. Doaa is now an established photographer working mainly with children and at weddings.

“Having an independent job, where my schedule is totally decided by me, allows me to regularly take my son to a specialized center for autistic children in the morning and not to stay too long away from him“, she explains with great satisfaction.

Doaa graduated in chemistry in 2011 with the highest marks, but the very competitive job market did not help her in find a job. After her husband’s arrest, however, she felt a strong urge to fuel her passion for photography and her parents gave her the first camera at the end of 2016. 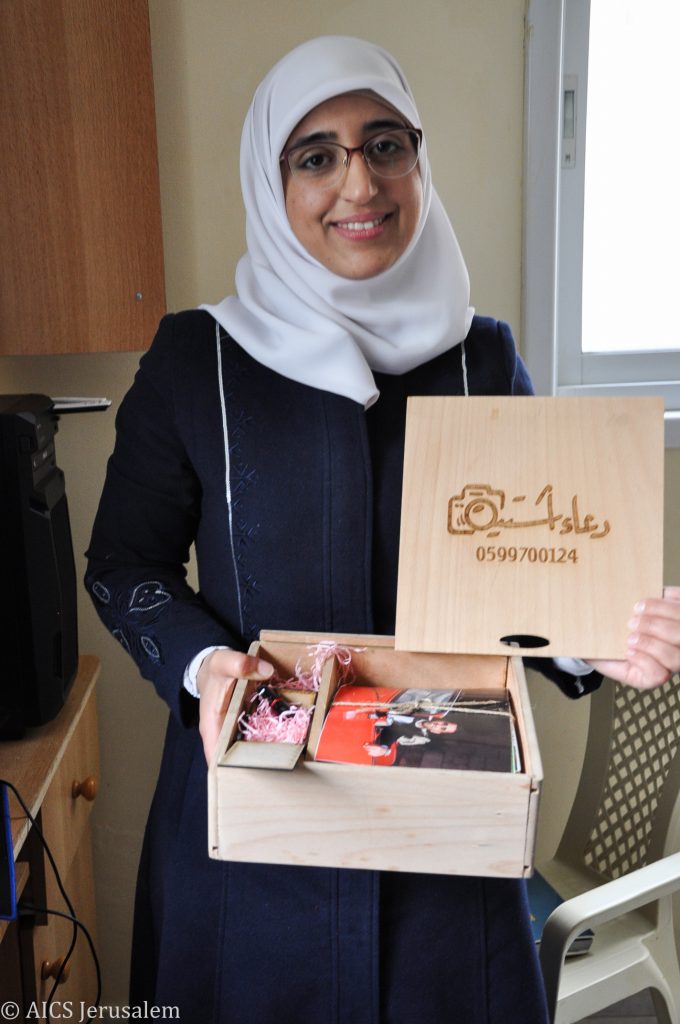 “My parents have always supported and helped me, unlike my husband’s family, who has not been able to cope with my son’s autism and has abandoned me” says Doaa calmly. “It was difficult to reconcile everything: my children, my loneliness and the need to work. It was a big challenge and I made it” she repeats, while retelling the early phases of her adventure that began two years ago, when her youngest child was three months old and the first two and a half years old.  Things developed for the best thanks to the photography course provided by the project which gave her the professional skills as well as the equipment (such as a professional photo printer) to start her business, along with important marketing skills. She understood that it was very crucial to know how to present her product and by designing an original packaging for her pictures she enjoyed great success. Doaa told us that many customers come to her allured by the way she packages her items.

“When I found myself alone I realized that I had to start from myself, from my love for photos and for children,” explains Doaa, who had her first successes by portraying newborns. She set up small sets in the house to welcome her little customers with soft toys and age appropriate furbishing.

Through word of mouth and the wise use of Facebook she was contacted by more and more customers, to the point of becoming today a well-known photographer also for outdoor photo shoots, featuring the historical landscapes of Nablus, her city.